Blockchain is a form of database records that uses safe cryptography and shared technology ("Distributed Ledger Technology"," DLT " and/or "Shared Ledger"). Blockchain records are tamper-resistant and tamper-evident ledgers. Although originally a technology related to IT and cryptography, blockchain has become a major concept in business and finance. The impulse came mainly from applying blockchain in the first cryptocurrency – Bitcoin (BTC).

The idea of creating a network similar to blockchain came up in the 90s. The principle consisted of reaching an agreement on an outcome by consensus in a network that is not reliable, or whose individual computers are not reliable. Also, in the 90s, an electronic ledger was established in the form of a digitally signed chain of information, from which it was not easy to read individual documents in case the chain got modified. These two concepts were later combined together, and in 2008 an anonymous author (or a group of authors), acting under the pseudonym Satoshi Nakamoto, invented the blockchain algorithm for the cryptocurrency Bitcoin (BTC). Blockchain technology was used to record the accounting transactions (“Ledger"), i.e. all operations with the virtual currency.

In order to use the blockchain technology, it is important to understand its inner workings, especially the sharing of records, the cryptographic function and the block creation. This will allow us to consider the use of blockchain in different industrial sectors and evaluate the applicability of this technology. These topics will be discussed at the end of this chapter. 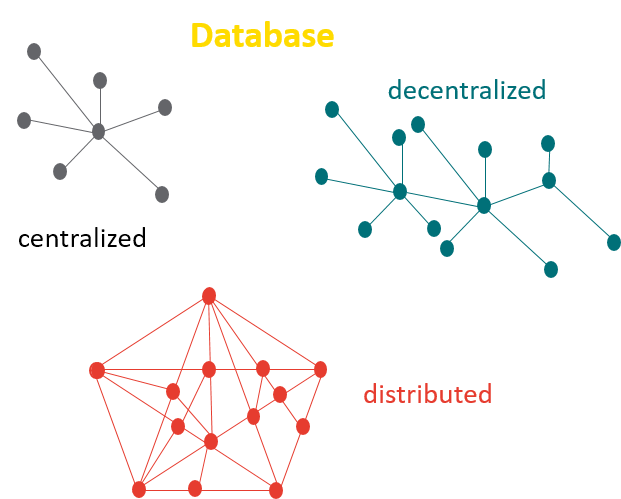 The distributed ledger is stored on multiple nodes (computers) in a P2P network, each creating an identical copy of the records and updating it independently. That is one of the main advantages of blockchain – no central administrator (supervisor) is necessary.  This may not, however, work for all types of applications – if the solution requires an administrator, the shared database is not an appropriate technology.

When a distributed ledger updates, each node creates a new record based on the agreed algorithm, and a “voting“ process decides which copy is the correct one. Such decision-making should obviously lead to a majority consensus. The new record is then recognized as being correct. Shared database security is ensured by using cryptographic keys and signatures.

There are two basic types of DLTs (and/or blockchain networks): 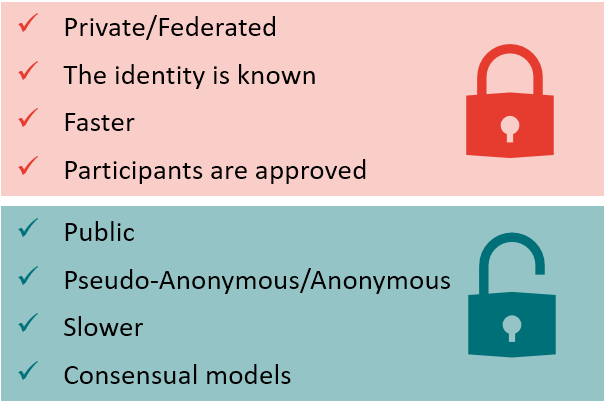 A permissioned blockchain database may also be intended for the public, but unlike the permissionless networks, it is centrally managed. Such networks may be appropriate for state-controlled registers or electronic voting.

PoW implements measures to deter attacks on services by requiring some amount of work from the users. This usually means processing time by a computer. This concept was first presented in the 90s (1993, Cynthia Dwork and Moni Naora).

A key element of PoW systems is their asymmetry: the "work" must be challenging (but still feasible), while at the same time easy to verify. This allows other network users to easily validate a new block or reject a block that is not correct. This concept is also known as "CPU Cost function", "Client Puzzle", "Computational Puzzle" or "CPU Pricing function” - names that try to capture the main idea behind it.